Global Streaming and Games Platform Play.Works is Bringing Social Media Stars to Your TV via the Megan Pormer Show 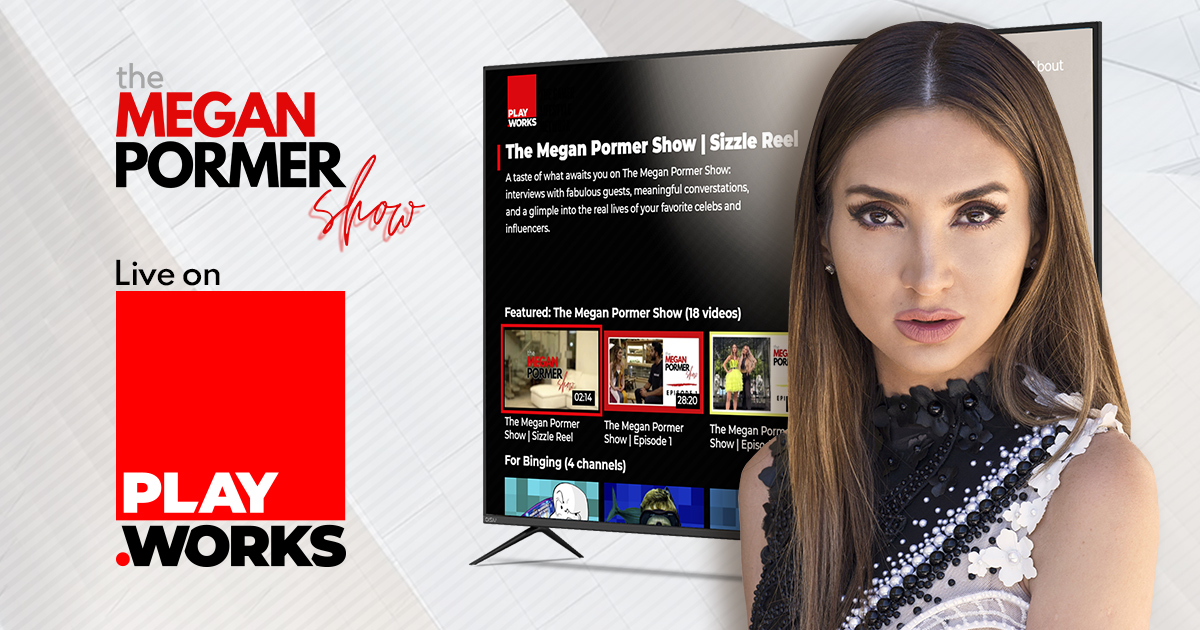 Connected TV is becoming a growing medium for YouTubers to maximize their revenue opportunities and brand exposure.

Los Angeles, CA February 15, 2021- The newest way for YouTube stars to monetize is not even on YouTube. It’s TV.

Yes, a select few top YouTube stars have made the leap to TV- but now potentially all of them will make that jump. Not by landing traditional shows on Netflix or NBC, but by getting their native content distributed directly into the booming world of Connected TV, with the explosion of platforms and services beyond the obvious players like Netflix, Hulu, and Amazon Prime.

With such a powerful reach, it only makes sense that Connected TV should start having their own talk shows!

Fittingly, the latest addition to Play.Works is the Megan Pormer Show. Megan Pormer is a talk show host, supermodel, and influencer who interviews some of the biggest social media influencers and CEO’s today, including Adam W, celebrity fashion designer Michael Costello, and Kardashian make-up artist Hrush.

“The Megan Pormer Show is the first talk show ever centered around creators. Megan really personifies the Play.Works vision of bringing the new Tik Tok, You Tube, and gamer stars to TV,” said Jonathan Boltax, CEO of Play.Works

“The viewership for Connected TV had been growing steadily for a while, and in 2020 it really took off,” said Boltax. “Everyone is hungry for more content to watch and all our content is ad-supported, so it’s free.”

The new avenue for distribution could not come at a better time for content creators, most of whom have seen their revenue drop during Covid. And even more critical: Connected TV boasts moving into this new frontier with Annoying Orange (10.5 million subscribers), The King of Random (12.5 million), and The Bee Family (9.2 million) all distributing with Play.Works, part of a cohort of over 100 creators on the network. In addition to its AVOD channels, Play.Works has over 100 games, built specifically for Connected TV using their proprietary SDK and framework.  In the works are games featuring many of the YouTube creators who have partnered with Play.Works.