Play.Works Expands in the UK with New Distribution Partners 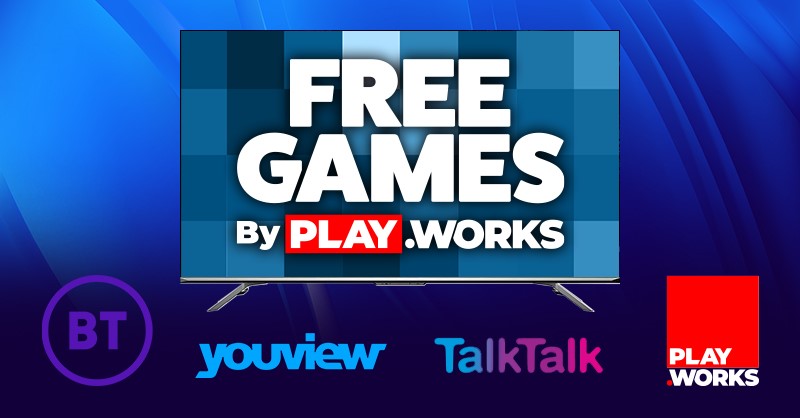 Free Games by Play.Works is now live on BT and TalkTalk in the UK.

Along with Sky, Play.Works is solidifying its position as the de facto distributor of games on Connected TV in the important UK market.

Play.Works is the leading games platform distributed through connected devices with the largest CTV game catalog in the world with over 400+ titles built for TV from the ground-up including CrossyRoad, Trivia Crack, Tetris®, doodle jump, games from Atari® and Play.Works originals. Play.Works video portfolio leverages a proprietary connected device framework to enable rapid development across multiple Connected TV platforms to distribute AVOD apps and linear channels from creator superstars like SSundee ,Ninja Kidz as well as original networks, such as BRB: Travel & Food.  Play.Works games and video can be found on world leading players such as Comcast, Cox, SKY, Roku, Vizio, LG, Samsung and most major pay TV platforms in North America and the UK with more with a combined reach of over 200M homes.